Lullabies For Parents: Must-Have Music for all Parents – Album Giveaway 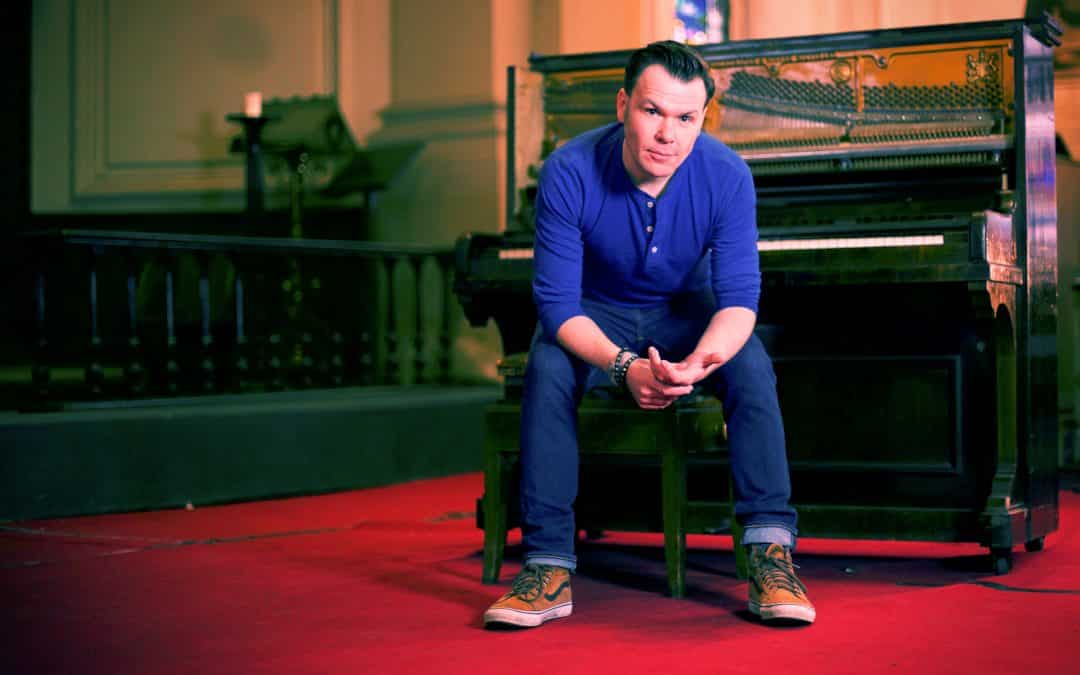 I say I’m a gentle-ish parent, the emphasis being on the ish because I am not totally as wholesome and calm and balanced as I would like, so the term gentle when it comes to parenting I feel needs an “ish.” (In case you spot me loosing my rag!).

I particularly struggle with long car journeys (I don’t even drive) but sitting in the back squashed between two whining kids isn’t how I’d pictured family holidays.

But I’ve found a solution, better than counting to 10, is to play calming music in the form of Lullabies For Parents!

The person behind this genius idea of an album is singer-song-writer Ric Neale.

And Ric has Kindly offered to giveaway one of his albums to my readers (see below how to enter). When and why did you create the album?

I started writing the record about a year an a half ago, tentatively at first because I didn’t know whether it would work to be honest.
At that point I had a three-year-old and a one-year-old and was finding being a parent really challenging. I noticed that there wasn’t any music about what we were going through; there are songs about having kids but they are usually incredibly positive in a way that is unrealistic.
I wanted to tell the truth (or at least my truth), that it’s amazing having kids, but it is very difficult; constantly questioning your decisions, your identity and comparing yourself with other parents, and the inevitable lack of sleep or time to look after yourself can start to turn your head to mush.

The writing process wasn’t easy, but I’m really proud of the songs and the way they balance my total love for the kids with some realism about the day to day struggles.

What do you hope other parents will get from it?
There is so much nonsense spoken about parenthood and all we ever see on social media or on TV are perfect parents which was enough to make me feel like I was just doing it wrong. Other parents I spoke to at toddler groups and stuff were having just as tough a time as we were so I figured that a lot of people must feel the same way.
My hope is that when people listen to this record that they’ll feel less alone.
What are your plans for the future?
I gig regularly all over the country, and I’m even off to play in South Korea soon so these songs are being played regularly. The main thing with this album is to get it to the right people, me and some other creatives have just begun the process of turning the record into a theatre show with dialogue and projections, which I’m really excited about.
We hope to perform it at theatres in between the school runs so parents can access it, and even do shows where we provide a creche.
I’m aiming at an audience that isn’t really catered for which is great because I’ve made something new, but difficult because there are not any obvious avenues to get the record to the people who will get the most from it. I have been blown away by the positive comments from parents who have heard it though, and I love the fact that people have started giving Lullabies For Parents as a gift to new parents.

To enter this giveaway, go to: https://www.rafflecopter.com/rafl/display/ccd41f1f15/? They say it takes a village to raise a child

But I’m the village idiot

On the branches of your growing family tree

When the house is quiet and you creep downstairs

And you’re trying to remember who you were

If your heart hurts from loving

Or you so tired you feel nothing

We deserve some nursery rhymes too

So these lullabies are for you

Asleep In The Car

Filling the boot up with memories

Cramming in more stuff than I can fit in

Feeling the pressure and running on fumes I don’t have

But we’ve finished the goodbyes and tantrums

you’re sleeping in the car

Winding through worlds between windmills

I feel them blowing the outside away

And I make it to our destination

I would keep going all night if I could

Cos I know the briefest of time in control of our world feel so good.

You’re sleeping in the car

Like a cloud that’s all tied up with string

This bow brakes so gently your cradle won’t swing

You’re asleep in the car

I know where you are

I know what to do

And it’s only me, who isn’t sleeping in the car

What did we do with all the time we had

Did we just waste it all on stuff that fades away

We’ve given up all that to get things done

But even then there’s not enough hours in the day

I can see, the heady heights I used to wanna

But here and now with you…

No nights out for me I’m gonna say no

The invites been received and been turned down

I’m gonna have to be the grown up now

A chance to hang out with some grown ups again

But we just talk about the kids we left at home

With a baby sitter waiting by the phone

I’ll concede, theres things that one day soon we wannna

But here and now with you

I’m gonna take out the bins on Tuesday night

I’m gonna put in the wash and get it dry

I’m saying no when it’s got too late

I’m saying yes to staying home for the night

What are you doing to me

Look at the state I’m in

You’re holding me well and truly

Under your spell now I’m overwhelmed by everything

Is this how I’m supposed to feel

At Christmas adverts on TV

Of energy to keep control

Why do I hold it in?

What am I afraid to show?

Once upon a time in the palace of my mind

I really knew my way around

A throne and a wand all the variables gone

Just me and the peace that I’d found

Then something changed and my heart got rearranged

But I can’t keep my feet on the ground

Now I’m stuck on the verge of tears

They’re probably every bit as lost

The fact you ask yourself the question makes you something special

When you can’t take their dreams and make them true, you’ll muddle through

The kind of people I’m just not

How can I hold them, without holding them back

How can I stand up for them, without standing in their path

What can I do to keep the safe but not afraid

push them without pushing them away…..

Another day another night I’ve somehow bluffed my way through

Pretending everything is fine

Epilogue (What Have We Learned?)

What do we want?

A little bit of peace cos this is hard

As hard as ice and stone

As hard as getting up and keeping going

But loving you is easy

It’s as easy as pie or a piece of cake

Absolutely nothing cos we’ve always known

How to open up my heart into a home

How to dry up tears

How to chase away fears

And move it up and down

And make some lullabies

So close your eyes and sleep

The perfect gift for new Parents