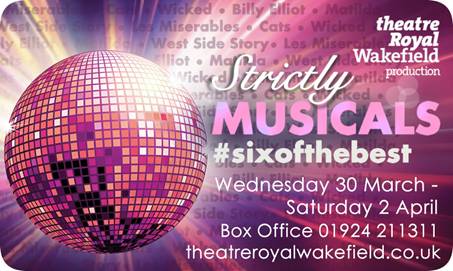 Wakefield Youth Music Theatre follow up their acclaimed production of Cats last Autumn with a brand new show Strictly Musicals, which runs from March 30 to April 2.

The show celebrates six of the best West End musicals of all time, offering a taste of the magic and spectacle of Wicked, Les Miserables, Billy Elliot, Matilda, West Side Story and of course, Cats.

With a talented company of performers from across Yorkshire, including young people from Theatre Royal Wakefield’s own Performance Academy, Wakefield Youth Music Theatre continue to stun audiences with their critically acclaimed shows, consistently earning standing ovations and a loyal following.

Director Louise Denison says: “It’s incredibly expensive to see premium shows in London these days, but we’re bringing a taste of the West End to Wakey with this showcase of six of the best musicals of all time. Ranging from the longest running musical to an old classic and more, Strictly Musicals is a real Easter treat for all the family.”

Strictly Musicals runs from 30 March to 2 April; to book, contact the box office on 01924 211 311 or book online at www.theatreroyalwakefield.co.uk