Attachment parenting: I never thought I'd parent this way 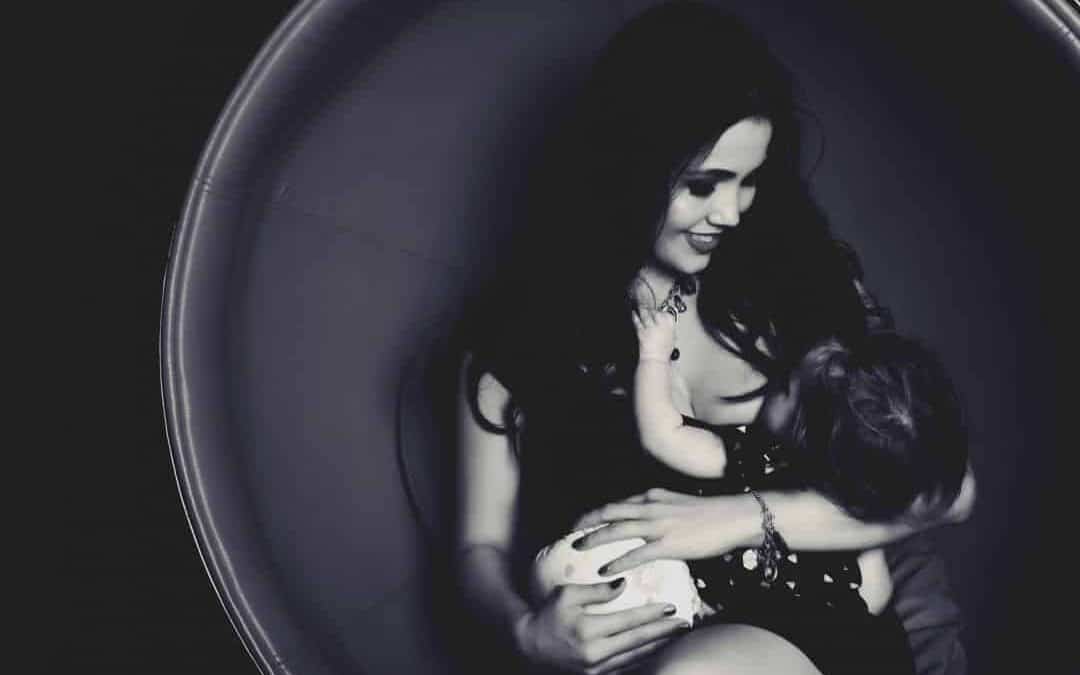 Here I am tandem Breastfeeding my two babies (well tots they’re aged 4 and 1 years old now) whilst co-sleeping with them, I try to use cloth nappies, I love carrying them in a sling… and we’re even testing out Home Education.
It goes without saying we parent very fluidly. We don’t let them “cry it out” or stick to a rigid schedule.
Our children participate in our lives and us in theirs.
But what’s shocked me the most is that on the face of it we’re a chavvy sporty looking couple, we don’t fall into the hippy parent category but our parenting has naturally fallen into the ‘alternative’ category.
I like shopping, sparkles and fake tan.
I love make-up, I shave daily, I’m a gym bunny, I love plastic things and I’m all for digital technology.
So where has my tree-hugging parenting style come from?!

During my first pregnancy, being a mum felt alien to me. I’d known my boyfriend a couple of months before we had a huge “Oops a Daisy” moment.
I was up the duff.
So I read how-to baby bibles, I stocked up on formula milk, dummies and a cot and Moses basket.
I thought I was sorted. Every eventuality covered. Although I did feel like I was letting my embryo down for not having a ‘nursery’ room for her imminent arrival as a newborn baby.
Instead of having our own family home, I’d moved into my partner’s parents house and they were putting us up for the time-being.

Pre-mummy days
Breastfeeding uncovered: I never thought I would be so ‘public’

When I was pregnant with my first and second child I was constantly asked are you going to breastfeed or bottle?
I’d reply: “I’ll try Breastfeeding but never in public, I’ll sit in the car and do it, or go home.”
Everyone seemed to agree that that was reasonable and the order of what should happen.
I also thought that babies got to a point where they just needed to be bottle fed (so says all the kids books and TV shows where babies have dummies or bottles in their mouths).
So in preparation for the birth, I stocked up on breast pads and formula milk.
Little did I know that when this beautiful little creature popped into the world, all that changed.
Yes, it was far from easy to establish feeding and a latch as it all felt very alien to me. But my inhibitions seemed to die down. This little person became more important than what anyone thought of me.
And so, my Breastfeeding journey began.

I think I had only ever seen one person Breastfeed so when baby Jasmine wanted milk I would do my best to cover us both up with a large pashmina as if I was smuggling some illegal substance into my baby’s mouth.
But as the months flew by in a haze of insomnia, I found myself becoming increasingly open about Breastfeeding.
It was now summer and neither my baby nor I wanted to be feeding under a blanket.
So regardless of the stares or on one occasion a wolf whistle, I continued to openly breast feed. I started to wear my usual clothes again, as opposed to special discreet nursing ones.
If my baby needed feeding, I’d pop my boob out and feed her.
I had an awesome midwife then who accepted the choices I made and she told me that lots of other young women don’t feed because their partners see breasts as sexual.
Fortunately, my partner Chris has been supportive.

My experiences as a Breastfeeder have been similar to me being a life-long vegetarian, in terms of people’s reactions.
I get: “I don’t mind (vegetarians/Breastfeeding) but I just don’t like when they shove it in your face.”
Or: “when are you stopping?” As if there’s some deadline of ‘normality’ I must meet.
Or: “Vegetarians/breastfeeders just go on and on about it. They’re so militant.”
As far as I’m aware I just choose not to eat meat and fish. And Breastfeeding is, in my opinion, just the natural order of things. These are the facts of the way I choose t live not attacks or judgements of how others choose to live.
I don’t make my choices based on making other people feel uncomfortable or guilty.
I just try and do what’s right for me and my family.
I’m not against meat-eaters or formula-feeders but I do get tired of defending my personal choices.
Why can’t we all just get on with our own lives? As long as we’re being kind human beings and doing our best should be all that really matters.
I now have two children aged 1 and 4 and I’m still Breastfeeding them both.
Although, the looks and opinions you get cast on you when you’re Breastfeeding older babies and children in public is a lot more of the same, “you’re creating a rod for your own back.”
“When you stopping that.”
“Get her onto cows milk.”
The latter, especially being almost vegan, I find the strangest.
It’s accepted that we can happily drink another mammals namely calves, breast milk but it’s unusual and “un-natural” to drink our own mother’s breast milk?! 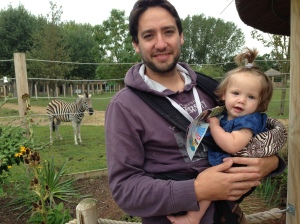 No matter which way you parent, what choices you make – know that you’re doing just fine.

We’re all trying to do our best.And I like, many others, are on a long learning journey to be a parent.