Calendar Girls The Musical has come home to me in Yorkshire 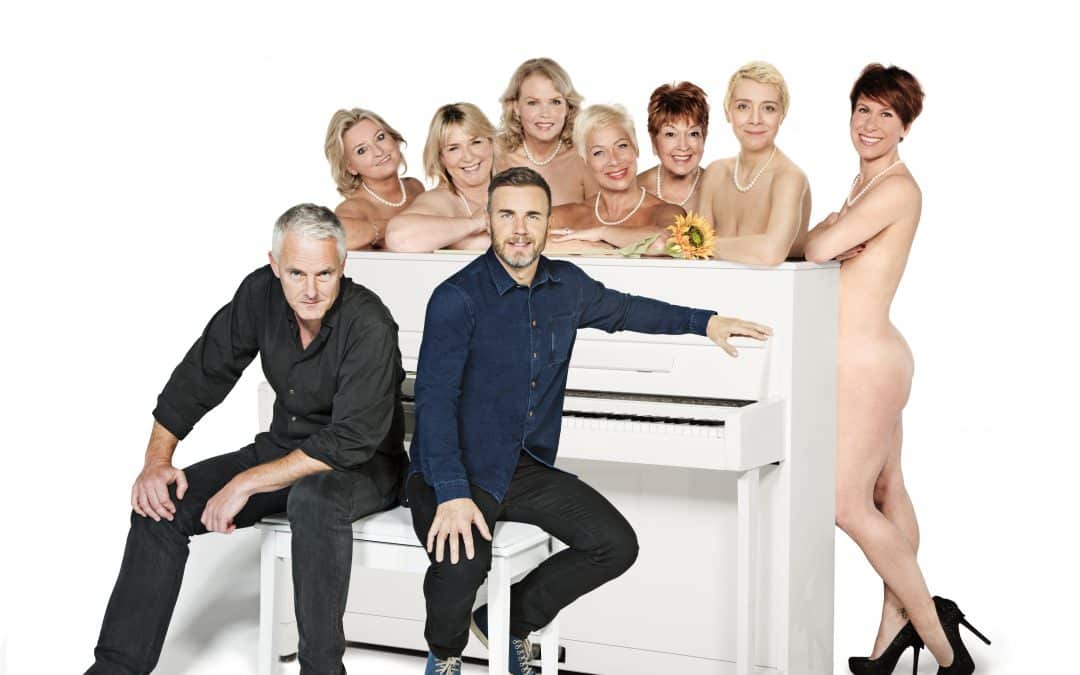 Calendar Girls has come home to Yorkshire, the place where their story began (as did mine).

I have my mum to thank for giving birth to me in God’s Own County (Yorkshire), so I invited her to be my guest reviewing the show at the press night of Calendar Girls at Leeds Grand Theatre. Unusually, the press night was also a dress rehearsal so nerves were aplenty amongst the cast and crew (including Tim Firth and Take That’s Gary Barlow!). I also weirdly get nervous for the cast on press nights as I started out my career as an actor and entertainer so I know them nerves well… and now I review theatre shows for here and others.

So how did this star-studded endeavour do on its first night?

My mum and artist Panni Poh Yoke Loh has given a reight good review… (My review is in the form of vlogs aka video logs. Oh I do love vlogging. Please note, I am much less descriptive than my mother, sorry mama but I’m a Yorkshire Lass born and bred!).

Opening with a beautiful Yorkshire dales skyline we were taken by the hand into the comforting world of John (Phil Corbett) and Annie (Anna-Jane Casey) planting sunflowers. Feeling like we could settle back in our seats with a mug of hot chocolate we sat up as long loved Ruth Madoc playing Jessie entered with Welsh humour followed by the pompous Marie played by no other than Fern Britton. Their interplay was cut by sarcastic quips from Chris (Rebecca Storm) reminiscing of her Miss Yorkshire youth. Ruth played by Sara Crowe contrasted by doing everything any self respecting women’s institute member would-especially as a Yorkshire cream tea expert.

We laughed, giggled and guffawed at home grown humour all the more supported by an audience of many Yorkshire TV presenters as well as the original calendar girls themselves. It was all the more shocking to hear the terrible news of John’s Hodgkinson’s lymphoma who by now felt like your best friend or next door neighbour. We grieved with Annie as she mourned his gradual loss of movement but not humour.

Stepping gently over England’s green and pleasant land the cast took us up on the moors to look out over what future could possibly hold. The unexpected idea of Chris to make a WI nude calendar was introduced by a trip ‘up hill’ for her to pose like venus de milo draped in golden wrap, only to unveil herself when her embarassed son appears with his wayward girlfriend. Humour returns as we take heart felt delight in Annie’s new found quest in life, backed up by Chris and the flamboyant Celia, played by Denise Welch, who dons a couple of cherry topped cupcakes.

As cameras and flesh flash on stage the audience were flipping back their theatre seats for a standing ovation of a triumphant end to the play and a feeling of women’s liberation from the shackles of convention. We left the theatre gifted by bright strong sunflowers that symbolised the cast, the music, the production and overcoming grief by positive action.

We attended a unique press night &  dress rehearsal for the purpose of this review which also raised money for charity Bloodwise.

Written by Gary Barlow and Tim Firth, and featuring a star-studded cast, including Fern Britton, Anna-Jane Casey, Sara Crowe, Karen Dunbar, Ruth Madoc, Rebecca Storm and Denise Welch, Calendar Girls The Musical is based on the true story of Yorkshire’s own calendar girls; a group of ladies who strip off and pose naked (but for carefully placed buns, teapots and other such props) for a Women’s Institute calendar in memory of one of their husbands.

David Pugh, Producer, said: “It was right that this production opened in the heart of Yorkshire – the County where the story began – and it feels right to be returning after a hugely successful tour. It feels like the show is coming home.”

The critically acclaimed musical first premiered at Leeds Grand Theatre in November 2015 before enjoying sell-out seasons in Manchester and London. The show created somewhat of a buzz around Leeds and the wider region when it premiered and attracted the attention of many ‘Yorkshire folk’, including Michael Parkinson.

Tim Firth said: “To be given a chance to revisit Calendar Girls The Musical is a unique opportunity. Gary [Barlow] and I have been working away and, as the great Stephen Sondheim said, ‘musical comedies aren’t written, they are rewritten’.”

To date, the girls have raised £5million for the charity Bloodwise, the UK’s specialist blood cancer charity, and will continue to receive monies from this production.

Calendar Girls The Musical is at Leeds Grand Theatre from Thursday 16 August to Saturday 1 September 2018.

Tickets are on sale now priced from £10

(prices include a £3 booking fee. Postage charge £1 where applicable)