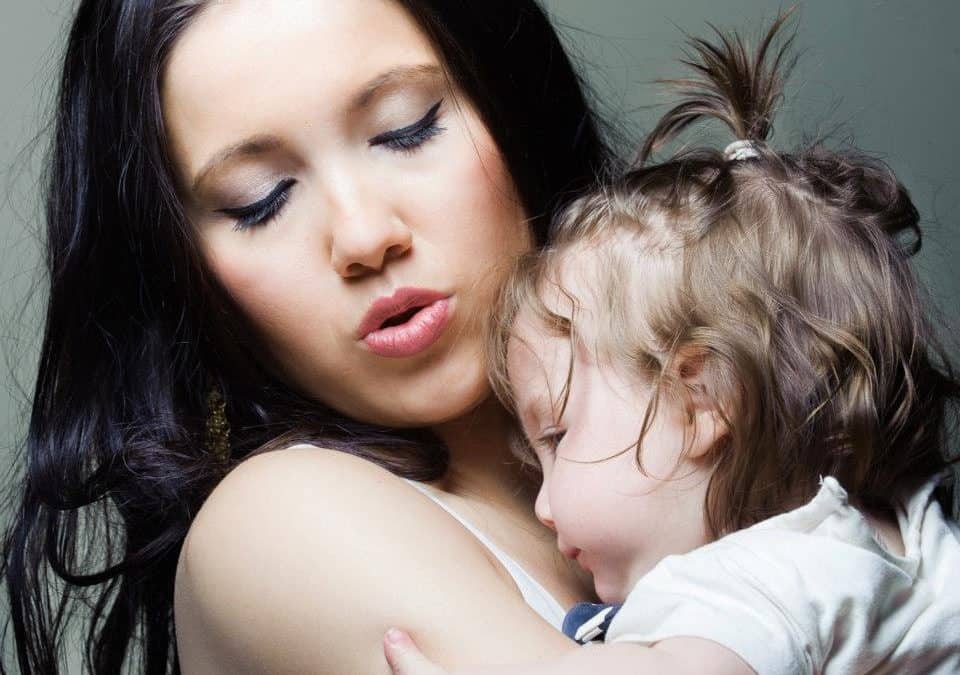 As my youngest daughter Arianna made her way into her new nursery school, I thought I would feel a sense of relief, a newly found freedom because for the first time in six years, I had both children in childcare (school and nursery), allowing me 4 hours a day to do my work, the house-work and to exercise.

Goodbye summer and hello new term … Lots of nerves & excitement this week in our house… I’m looking forward to the house looking less like a bin but I’m not ecstatic about the rigid routine with school and nursery… What’s your week looking like? ??? Whether you’re #backtoschool #backtowork or continuing #homeeducation (or just sick of the back to school spam ?) ❤️❤️❤️ #newbeginnings #nervous #summerholidays #september #workingmum #workathome #wahm #freelancerlife #journolife #attachmentparenting #education

But as Arianna clung to my leg, I felt myself clinging her too. She didn’t want me to leave and I didn’t want to leave either. Don’t get me wrong, I have no desires to be a childcare practitioner but I have been Arianna’s everything for the past three years. I have a particularly close bond with her since she was poorly as a baby and, I must admit she has also been my comfort blanket.

And now it was her first day at nursery school – a full 30 hours of free childcare per week.

Ari and I went tentatively around the nursery inside and out, as she eyed up all her new friends and all the fun activities going on. But even with all the stimuli, there was nothing that could pull her away from me.

She wouldn’t leave my side, until one of the nursery workers offered her a cuddle. Ari loves cuddles, especially when she’s pride of place and sat on an adult’s lap.

So then we parted. I knew she’d be fine after a few minutes and she would probably even forget about me until the end of the day. But I hadn’t realised that I wouldn’t feel fine.

As always, I jogged home but this time, for the first time in ages, I was jogging without pushing a running buggy. You’d think the run home would have been easier but I felt as if I’d lost my crutches. I’d become so used to having my children throughout the summer holidays, to the point I felt I needed some space. And now I had got that space that I had craved and I didn’t want it anymore.

I had four whole hours to do my work, to hoover without interruption and to process my thoughts whilst I tidied around. And I missed my daughters like crazy. I missed the noise, the mess and even the moaning.

I managed to cram those four hours with lots of stuff (I work so much smarter now I’m a parent and have less time). But I actually looked forward to the school run and nursery pick-up. What had happened to the once independent me?

I have since googled separation anxiety and apparently it used to be just defined as something under-18s experience but now it is recognised that all ages can feel symptoms of separation anxiety. I thought that empty nest feeling was just for when your children left home and flew the nest to university or their own home.

Anyhow, as the hours whizzed by I was suddenly running (still without buggy) to school to pick my eldest up first before we collected Arianna from nursery.

When we finally picked up Ari, she was so pleased to see us, albeit extremely sleepy, and she’d had an amazing day playing in the water and sand outside and painting pictures.

I was so pleased that she had experienced all those things and admittedly if she had stayed home with me, we would have probably gone to the park and play at home. I knew/know it is the best for her to be around all those other little people and to have free reign of arts, messy play, toys and unlimited time outside but it is still taking some getting used to.

Have you experienced some form of separation anxiety or empty nest syndrome? Please say I’m not alone!

MUM GUILT: Over the summer I felt guilty for being around but always being busy. Now I feel guilty leaving the kids so we only have quality time on an evening. But the kids were happy over summer and they’re happy now. So why do we put this pressure on ourselves no matter what?! ❤️❤️❤️ Let’s all be kind to others and ourselves. Let’s not judge others or ourselves. Let’s Forgive others and ourselves (I’m still trying!) #mantra #affirmations #mumblogger #mumvlogger #mumguilt ??? Oh and I need to stop buying guilt gifts as much as the girls love their new Pyjamas and magazines ???