HEALTH AND FITNESS INFLUENCER: From bellydancer to fitness model 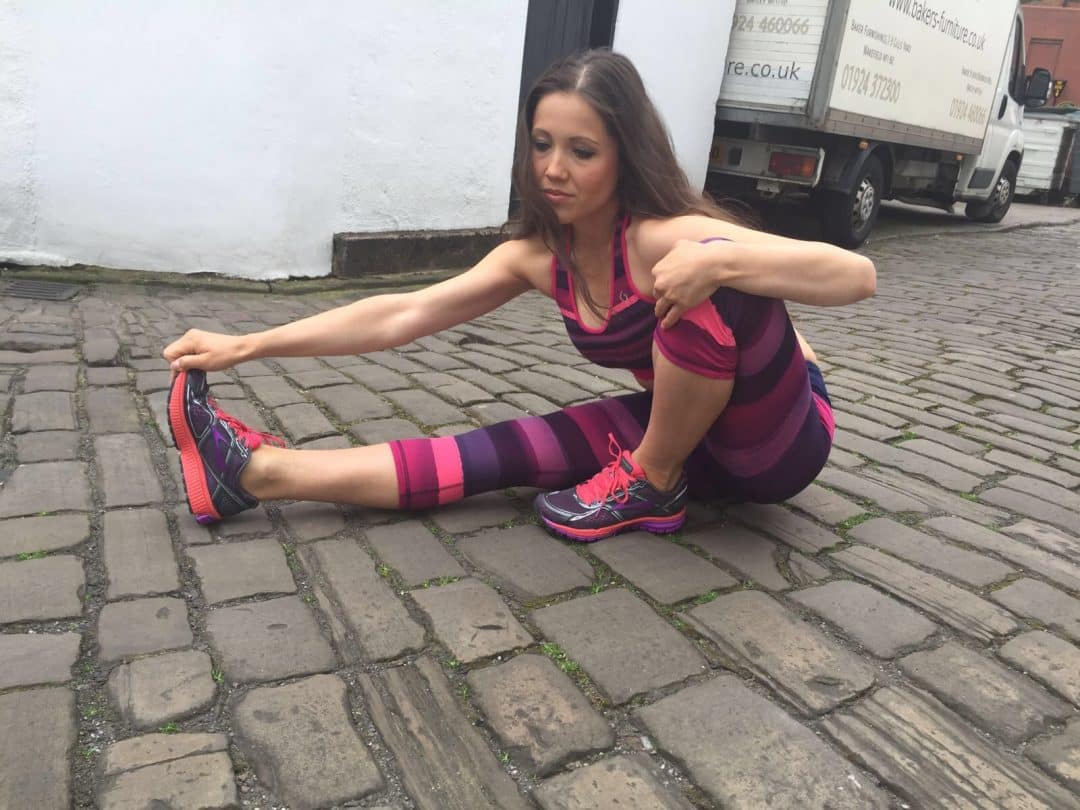 As my heavy legs were busy navigating a squat jump, I looked at myself in the studio mirror, still curvy but strong and smiled to myself as I thought… “How have I become a health and fitness influencer?!” I am the unlikely fit-spiration or wellbeing model.

Whilst being active and keeping fit is very much part of my life these days for my mental and physical wellbeing, growing up that was far from the case.

Yes as a child I would enjoy a game of football, rounders or netball, but I wasn’t naturally athletic or sporty. I certainly didn’t feel I had the figure for it. I was tall, broad and hit puberty faster than most my friends. I always felt ‘big.’

The thought of athletics or cross country caused me to forge endless notes ‘from my parents to the PE teacher’ saying that I was poorly or on my period.

As I was tall, I would always be type cast into being a goal keeper or doing shotput, I hated not being dainty or slender.

It was the same with dancing. I absolutely loved to dance. But again being tall and curvy meant that I stood out and was always put at the back. I hated not fitting in, especially when it came to performances and wearing certain costumes.

Then I found bellydance

I had been at a multicultural festival my mum organised in my local park when I spotted women of all shapes and sizes undulating in sparkles.

They looked so happy and welcoming. So I bit the bullet and approached them after their performance to see if I could join the group.

The next thing I knew, I was at a local church hall practicing every week. As I became increasingly passionate about bellydancing, this upped to daily dancing – I just loved it and couldn’t stop bellydancing. It didn’t matter what size I was, what I wore or my background – it was about moving your body.

I was only 14 at the time I became hooked, but a lot of people start bellydance in their 60s or 70s, it really is for any age and anyone.

I was spotted aged 18 by an agent who wanted me to bellydance professionally for them. I jumped at the chance. I was just about to start University in Manchester as well as working as a waitress, so this was the perfect chance to earn some extra money doing what I loved.

I also gained confidence to audition for diffferent shows, but I always felt the odd one out at  the dance casting – not only was my style of dance unique, i didn’t fit in to the dancer crowd. I wasn’t slight or classically trained, I was just me and just loved to dance.

But then I started to discover auditions for reality TV shows – the first being BBC’s Dance X. I seemed to be appreciated a lot more for being so unique and made my way through the first rounds with Arlene Phillips choosing me.

But as soon as we came to the choreographed stages I struggled, as bellydance tends to be improvised.

So then I auditioned for ITV’s Britain’s Got Talent. Luckily, it was the second season so I didn’t really know how huge a deal it was.

And to my shock I sailed through the rounds, reaching the live semi-finals of the popular TV show. For once, my body, my curves, my dance style and my personality was not just accepted but championed. They loved my story and journey to get to where I was. They loved the fact I wasn’t from a traditional dance background.

It also kicked me into thinking about my fitness, in between shows because I wanted to perform (and I won’t lie, look) my best. I would attend bellydance classes, I would run every morning in my local park, I’d do weights at the gym and I would also rehearse for Britain’s Got Talent.

I started to think about my diet too because when I had the first audition for the show, I remember standing in the queue eating a bag of cookies, hungover after going out a few nights before. I then celebrated being praised by the judges with a bottle of Prosecco and Chinese take-away with my boyfriend at the time.

I have always been vegetarian but I had become complacent about my diet. I was a student at the time and living off a few hours sleep, erratic eating and lots of drinking.

I cut out alcohol whilst I was in the show and I focused on my health and fitness.

Then when the semi-finals came around I looked and felt better than ever.

A rollercoaster health and fitness journey

Sadly, as with anything I am all or nothing so later down the line, my eating disorder that I had suffered from previously creeped back up on me. I am telling you that because often we just see “before” and “after” photos of people when it comes to fitness, without actually seeing the real journey of highs and lows when it comes to holistically maintaining your health.

Once I had started to gain weight again, I took up running, not because I am a natural runner but because I loved the challenge of running races from half marathons to 10ks. As I supported various charities, one of which was Alzheimer’s UK, I was asked to model for one of their partners – Shockabsorber, the popular sports bra brand.

Over the years I did various photo shoots promoting different races and running events which I found funny (although I loved it) as I am far from a natural runner. One of the brands I modelled for was Up and Running as I loved their running gear, and the right sports wear definitely makes a huge difference.

I then went on to be runner up to be Healthy Magazine’s cover model.

Since starting my mental health and wellbeing blog on here, you may have noticed I have partnered with a number of health brands from Bupa to Move GB who i worked with recently.

Changing the face of health and fitness

I think the tide really is turning when it comes to health and fitness ambassadors or models. Yes there are still the sculpted stereotypes and there is a place for that too. But we’re seeing a lot more real life models and influencers like me, who love health and fitness but may not have the stereotypically perfect body that brands would have once looked for.