Help! My child can’t talk yet 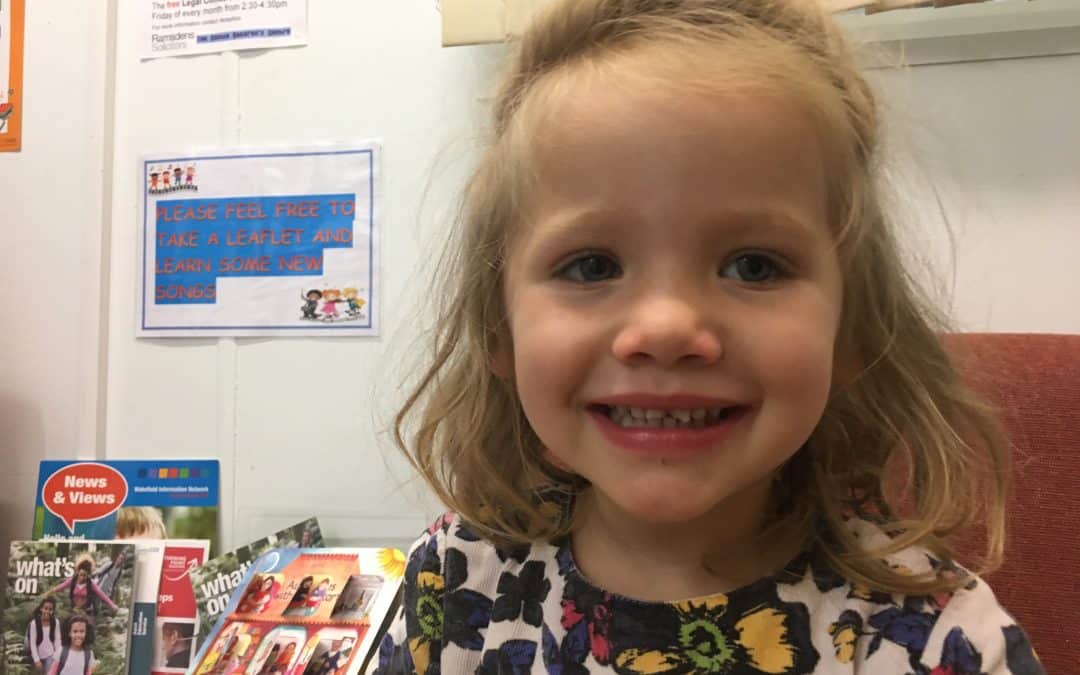 I’m a big believer in learning lots of languages and travelling with kids (especially before they turn 5). But with my youngest, aged two, we’re struggling to get her to speak English let alone any other language.

A lot of people have said that their second child was slower at speaker too as the older one would speak for them. So is Arianna being lazy or is she a slow learner?

After, a number of people have pointed it out to us (**thanks for the concern and that*), I decided to take her to a speech therapy drop-in.

But what they were more interested in was her understanding and communication skills (of which speech is just one of them).

And as she understands most instructions unless she’s being cheeky and choosing not to listen, they weren’t concerned.

But that’s not to say we can’t encourage Arianna to start speaking.

So here are some top tips and helpful exercises: Laura Dove: I found reading to my children was the biggest help, we read up to ten books a day, every day, and their speech has always been amazing as a result. www.fivelittledoves.com

Laura Emily Crichton: One my friends is a speech therapist and pointed out I was always saying ‘can you say this or that.’ She said to just name the object I wanted him to say instead just repeating the word clearly. Actually made sense to simplify things when I thought about it and resulted in him beginning to mimic! https://edinburghwithkids.com

Michelle Haslett: We used flash cards as my son was similar. He was 2 in march and now says a lot. Www.whatmummythinks.co.uk

Heather Sweeney: I think it is quite common for the second child to have a slower speech development because their siblings often take over for them and translate. I found with my little girl that when I wasn’t there and she had to talk to other grown ups she had to make much more effort to be understood, made me think that I often stepped in and translated for her too soon. She does struggle with some sounds we were told to never correct he or say that she is wrong but just to repeat what she has said correctly and model it. Other thing is to check that she can see ok- my little girl wears glasses seeing your mouth when you speak is really important for them to get the correct sounds. wakefield.mumbler.co.uk

Jenna Newell: We use flash cards and aoife has come on so much with herspeech. Reading also helped! www.thentherewerethree.uk

Franki Kershaw: Talk to them lots. Repeat things they do say, don’t use baby talk and if they point at something label it as you hand them it.
Sing songs that they have fill in words for, for example horsey horsey and bounce them on your knee but stop at certain words and when they make a sound or say the word that’s missing continue the song.
Can do this with games too using phrases like ready, steady…. or 5,3,4,2,1…..and they fill in the last words.

Emily Peacock: We talk about everything that we’re doing throughout our day! So if we’re walking down the stairs we’ll count them, I’ll name objects when playing and always make sure I give it the right name (so if he says ‘narna’ I’ll say ‘yes that’s a banana’). In my experience my 2nd has picked up speech a lot quicker from having an older sister too! Http://www.emilyandindiana.com

Kate Elizabeth Redfern: I talk talk talk to my two all the time!! And I read to them lots. First didn’t like flash cards, the second devours them. Despite all this, my oldest didn’t say more than a few words until he was 2.5. I was quite worried about it, especially after he got beyond his second birthday, but he was exposed to 2 languages and everyone said not to worry…. then suddenly out of nowhere it was like a tap was turned on. It was all in there and came flooding out! Now he is nearly 3.5 and never quiet! His teacher has commented on how broad his vocabulary is. My daughter is 2 next week – she’s catching her brother up at a rapid rate and they are having little conversations now. She has been talking for months and is completely different to her big bro! They are all unique. Just keep an eye on it, chatter away to them and it will come. www.fivelittlestars.com

Stephanie Moore: People worry about doing sign language with kids as they think it will delay their speech. However I did Sing and Sign classes with all 3 of my kids, and they all were quite ‘early’ speakers. You always include the sign with the spoken word for the object you are talking about. I think it shows them how to communicate, and that they can get what they want across to you easier. Then once this is achieved they drop the sign. https://blog.bay-bee.co.uk

Sarah Hurst: I wrote this post on developing language in babies and young children:

Ann Hickman: Cut down on your language – make it really simple and practical and try not to ask questions. For example if you’re getting an ice-cream don’t go on about what’s happening, just say ‘ice-cream, chocolate ice-cream’ and point to what you are talking about. Offer the item (like ice-cream) and then label it and respond to any communication you get from your child whether it seems like a word or not.  There’s more info on our site https://www.rainbowsaretoobeautiful.com

Although most of my toddler / sensory activities really focus on language anyway as the more fun something is the more memorable – and that includes new language.

Hollie Gregersen: We’ve done Baby sign language from four months and my son’s speech has really benefitted from it. He’s now 19 months and communicates really well with us using a combination of English and BSL. www.thriftymum.com

Vicki Coombe: My daughter is a chatterbox and at two speaks in full sentances. I put this down to the fact we talk to her constantly and always in normal words (no baby speak!). She was an early talker so we made that effort really early www.tippytupps.com

Victoria Hatton: Baby signing is a great way to encourage speech if you pair each sign with a word https://www.mummytimestwo.com

Éva Katona: My son was a very late talker, at 3yo he’s still way behind. We found that asking him to answer questions which we knew he could (numbers, shapes colours related) boosted his confidence and made him happy. We still ask a lot to get him talk.
Other than that he started in nursery when he turned two and his communication improved a few weeks after he started. Because we parents tend to “read their mind” they will get a little lazy. But in the new environment, he had no other chance but to improve both his social and verbal communication.
Www.captainbobcat.com

Zoe Molesworth: My younger brother is 7 years old and has autism, he didnt speak until he was 5 years old. We read to him, asked him lots of questions and made a big effort. He is now 7 and could talk for England! He had extra help with Speech & Language therapy and Occupational therapy.www.mummyandlissblog.com

Zoe Lynch: My first born who’s now 7 never really spoke, We tried everything along with speech therapy & Nothing worked until he went to nursery & Then he came on so so much now he never shuts up My second was so fast which I think has helped having a older brother. Www.withlovezoe.com