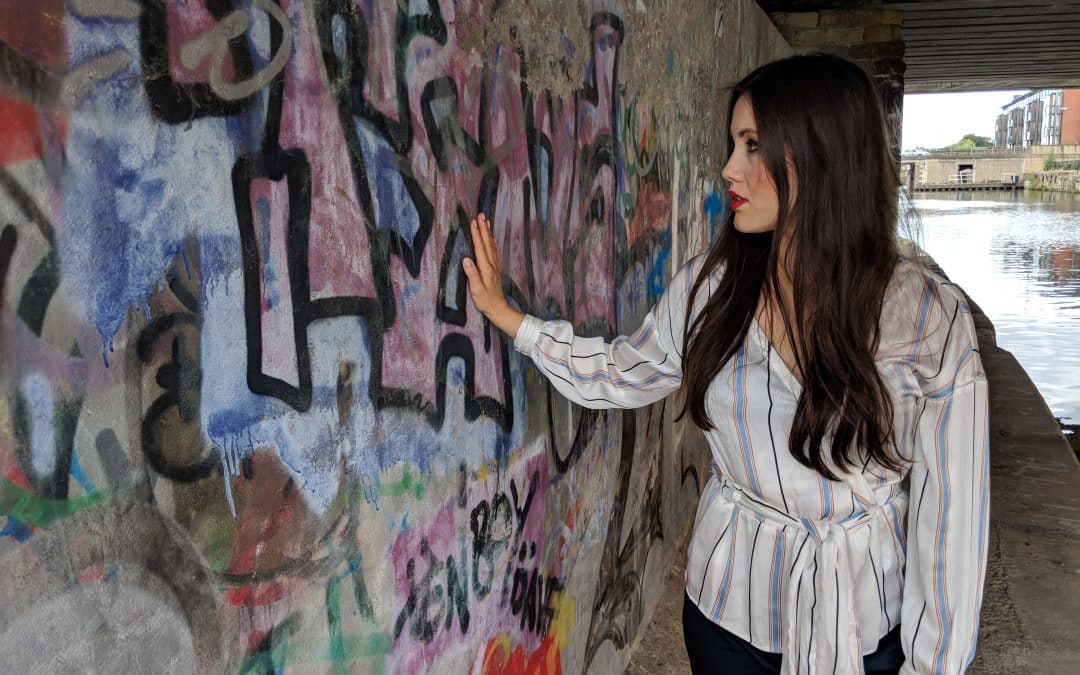 Sweating in my long-sleeved jumper as I reluctantly participated in my weekly P.E class, it was a scorching summer but I couldn’t reveal what was underneath the fleece-padding.
I had sent one too many notes “from my parents” pretending I was on my period so I could get out of yet another P.E. Class.
It was a scorching summer but the heat was made bearable by my fear of people seeing the cuts in my arms.
I was 13 nearly 14-years-old with a lot of chaos in my life. The only way I could find comfort and feel in control was by self-harming. It wouldn’t totally heal the trauma in my head but it was worth it for the immediate comfort and release the cutting would give me.

I thought that if I hurt myself then nobody could hurt me. Surely, if I showed I hated myself so much by scarring my arms and legs then I wouldn’t feel the pain inflicted by others?!
Sadly, the relief self-harm gives you is short-lived. It’s a quick-fix. And the whole irony of doing it to “feel in control,” is that the harming controls you. You learn to cope and survive by cutting. You lie in bed slashing yourself, wanting to feel more and more pain to make the darkness disappear.
But all that really happens is the darkness gets worst, uncontrollably so, you become a recluse, wrapped up in your own cuts and only shielded by a sweaty P.E. jumper.

That was my life for many years. A constant cycle of self-harm in all sorts of forms. I loathed who I was.
That was 16-years-ago and there’s no wonder why things for teens are harder than ever with social media, filters, pursuits of perfection, not to mention all the hormones and the nastiness other people can bring too.

So whilst it’s extremely sad, it comes as no surprise to me that a quarter of 14-year-olds self-harm.

Self-Harm, for me, has been about self-hatred and trying to gain control of my life in a world where often I’ve felt out-of-control and that I don’t fit in. Don’t get me wrong nowadays, I don’t want to fit in, but when you’re an impressionable teenager you feel very different.

Everyone is different but what helped me was to replace my negative coping mechanism (self-harming) with something positive to help me cope instead like writing and dancing. But that doesn’t just happen over night it took months of counselling, art therapy and complementary therapies to be able to slowly replace my self-harm. Even as an adult I struggle with the same tendancies which is why I am so passionate about exercising, self care and talking about mental health, so it’s not a hidden secret when I am struggling.

If you care for someone who you believe to be self-harming, it is not about “outing” them and finding their cuts (unless you fear the cuts or self-harm could be serious) but it is talking and supporting that person and helping them get help via the GP. Remember though, it is important to try and empower the person to make changes rather than trying to force them.

As ever, this is just my peer to peer personal advice not professional.