ITV Good Morning Britain: Behind the scenes and on screen 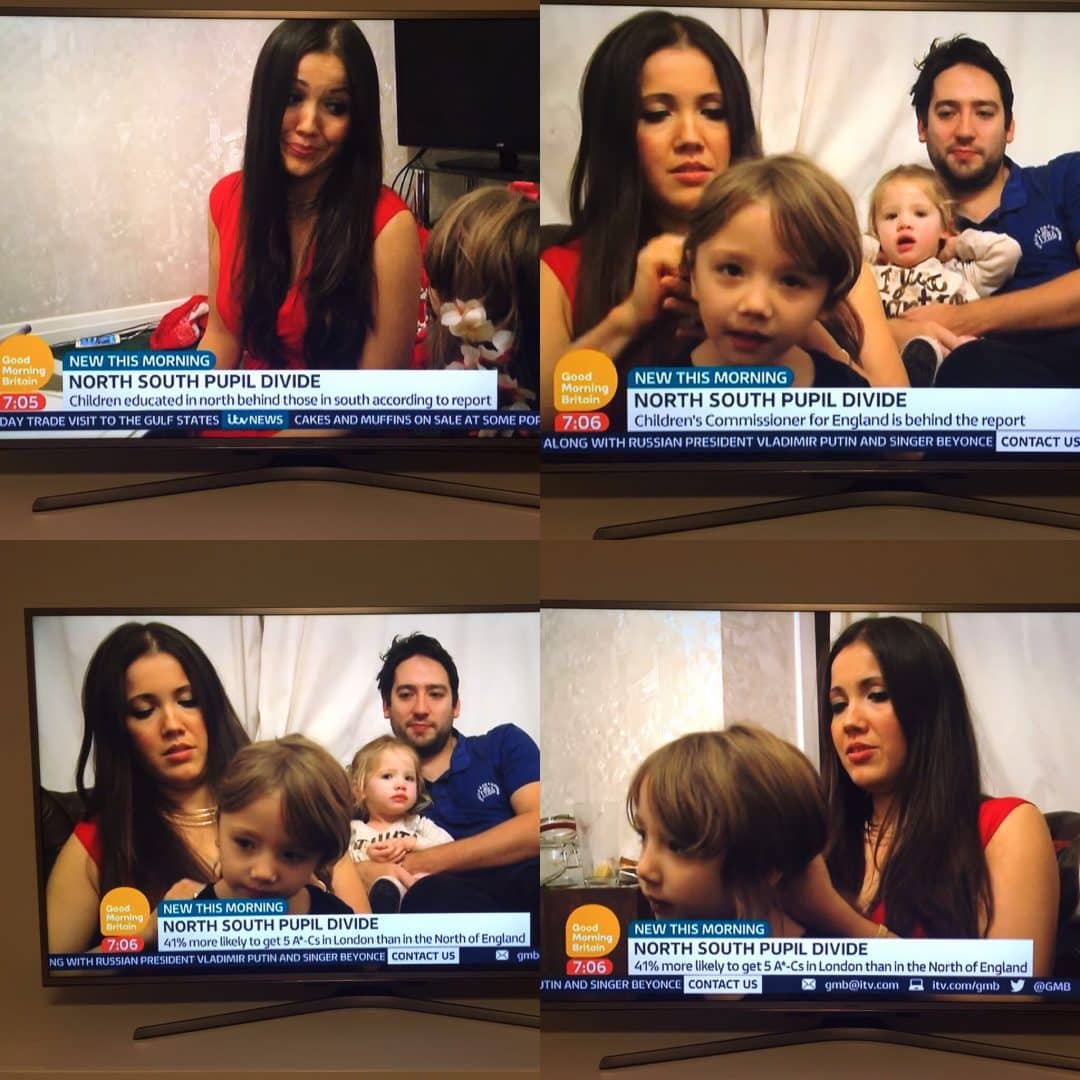 Kids up North are less likely to get as good GCSE results as their Southern counterparts according to research from the Children’s Commissioner.

Do you think there’s a North / South divide in terms of education?

I was chuffed to be invited on to ITV’s Good Morning Britain to talk about just that.

An absolutely lovely producer came to our home in Yorkshire to film my family and I.

What the report says:

– In 2015, a pupil from a disadvantaged background was 41% more likely to get 5 A*-Cs in London than in the North of England

I think more money needs to be put into the North so kids have a fair start in life e.g. Childrens Centres, Homestart and similar charities/organisations working with families in need.

For me, the inequality is much greater in certain areas of the North but I don’t think schools and teachers are to blame.

How can you get good grades if you can’t afford a good diet/health or transport?

I also don’t think we should blame parents if a child gets low grades as most people I know are hard–working and amazing parents.

But many don’t have the resources, time or money to do thorough homework or pay for private tuition.

Yes there are lots of opportunities up North but it still doesn’t compare to what’s on London and wealthy parts of the South.