Mad Mum: Am I safer in a mental health hospital or at home with the kids? 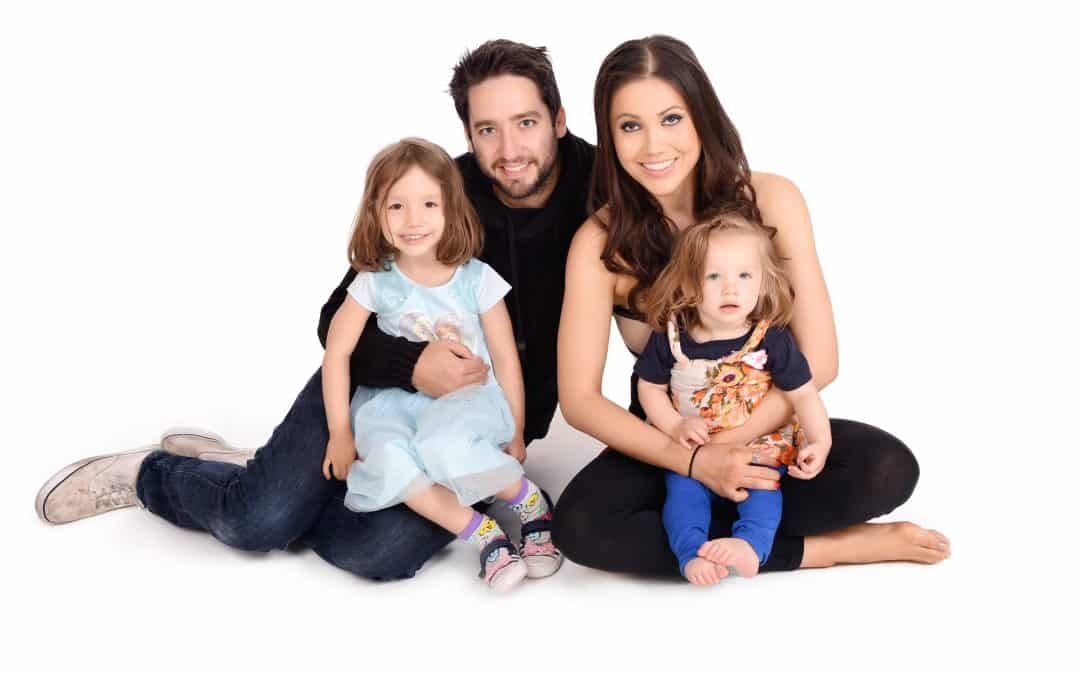 I’ll never forget the wailing in the room next door to mine. It sounded as if someone was being violently attacked. The girl was screaming and yelling “no, stop.” Well that’s as much as I could make out.

But she wasn’t being attacked. She was being fed a protein shake. This wasn’t some weird diet. This was a young woman that had been so consumed and controlled by her eating disorder that she no longer could eat or drink without it being forced.

Whilst it shocked and saddened me deeply, it also made me feel embarrassed. She had been “successful” as an anorexic whereas I had failed as an anorexic and was now a full-blow bulimic.

I was trapped in this hospital unit with 8 other patients, all of whom, were severely underweight. I was, however, a “healthy weight.” Yes, I had managed to get to a skeletal point but once my bulimia fully took hold (bingeing and vomiting), the weight creeped on. Yes, I was as desperately disturbed as the other patients, I too was on deaths door, even if I didn’t look like it.

But a very bad part of me was inspired by my then comrades’ skeletal bodies. I craved to get every ounce of fat and muscle off me so I could be like them. I felt like the clown.

Although one benefit was that I was allowed outside in the garden for some fresh air.

Once I was outside, I’d feel scared as we had to mix with patients from the downstairs psychiatric unit “the really mad ones” (don’t worry, the irony of my thoughts hasn’t escaped me).

Anyway, I did start losing weight because food was much more controlled in the unit. I refused meals as I couldn’t make myself sick after them (I was under observation so had no opportunity to do so and, even the windows were locked so I couldn’t throw up outside of them.).

Due to my non-compliance with the diet set out for me and the fact that I was a ‘normal’ weight (but had started losing weight), meant I was sent home for 48 hours to think about whether I could stay in the hospital and adhere to their rules.

Again I felt like a failure and rejected. So of course, I discharged myself.

That was all before I became a parent a few years later. Whilst having kids was the best thing that has ever happened to me, my mental health problems were still prevalent.

When things got really bad during my pregnancy with my second child, it was advised that I was admitted to the Leeds Mother and Baby unit https://www.leedsandyorkpft.nhs.uk/our-services/wp-content/uploads/sites/2/2016/10/yh-mother-and-baby-unit-leaflet.pdf, if I was lucky enough to get one of the six beds there (which covers the whole of the region).

Whilst I knew I needed it as my hallucinations and Psychosis had got really bad and I couldn’t function or feel safe, I just couldn’t bring myself to leave my eldest daughter Jasmine.

She and the baby in my tummy were the two things that protected me, somewhat, from my most dangerous thoughts.

It relied on my partner caring for me at home, even if I would suddenly run out of the house and him not knowing if I would ever come back.

I had crisis treatment at home too but it just felt like an effort to put a brave face on things and try to ‘sound normal’.

There was a big part of me that I knew needed more intensive in-patient treatment. But that would prevent me from self-harming. I also did not want to take up one of the sought after beds because I thought there were mums worse off than me.

I didn’t even have confidence in the fact I was mentally ill.

I looked and sounded normal and whilst I knew things were extremely difficult, I couldn’t accept that what I was experiencing was purely in my head. What it feels like to go through a psychotic episode…

I believed there were people out to get me. There was a man with a gun outside my house trying to shoot me. I had to avoid his shots by crawling along the floor as I passed a window.

I couldn’t let them get me until I had had my baby.

It was like being trapped inside of a computer game not sure who the baddies were who were plotting to harm my kids and I.

One night, whilst my partner was out, the fear of what was happening got so bad that I barricaded myself and my daughter into her bedroom. I was ready to climb out of the front window with her if the enemies got in.

Fear my children would be taken away or I would

I had had appointments at Fieldhead (our local mental hospital), but even there I didn’t feel safe with the people (I thought were) following me and watching me through the windows. I also didn’t feel like I was “mad” like the other patients there.  What was happening to me was real.

I was put on strong medication and whilst it made me sleepy, it did quieten down my chaotic world. Obviously, the health professionals had to take into account the fact I was heavily pregnant and still breastfeeding Jasmine – but after trialling some meds we all came to the conclusion (and I signed a waiver) that it was safer that I was on the medication (I found the Breastfeeding Network really helpful for advice).

Luckily, I made it through that period with the help of close relatives, my mental health nurse, psychiatrist and a lot of medication.

I am still on the same medication as I still have some bad periods or “episodes.” There is still the option of being admitted but I do think I am best off with my daughters as they are what I live for.

There’s a big part of me that just craves to feel “well” and sometimes I do, I have days where I do feel OK but then before I know it I am in a black hole again.

The funny thing is you probably wouldn’t be able to tell what period I was in by looking at me. Yes there are a few physical markers but mostly I look Ok (at least I think/try to do!). Childcare is a barrier to support

Nowadays I have better coping mechanisms for when the bad times come. But sometimes I do still really struggle and contemplate admission into a unit.

I know that I cannot work like I used to, part-time self-employed work is as much as I can manage. I don’t drive anymore as that was a trigger and I am so scared of harming anyone else when my mind plays games on me.

I work from home or the on the odd thing project out and about. Offices are not right for me. I have to work with the right people where possible as I am quite fragile.

I try and attend counselling groups and my mental health appointments as well as seeing my mental health nurse. But childcare is a huge barrier in getting support as most places you can’t take kids or it’s frowned upon if you do.

For now, I am better off at home where I belong. I just hope it stays this way. Join the #MumTakeover conversation on social media with @BBC5Live talking all things mums and mental health.