Phill Jupitus: Getting cosy with the comedian 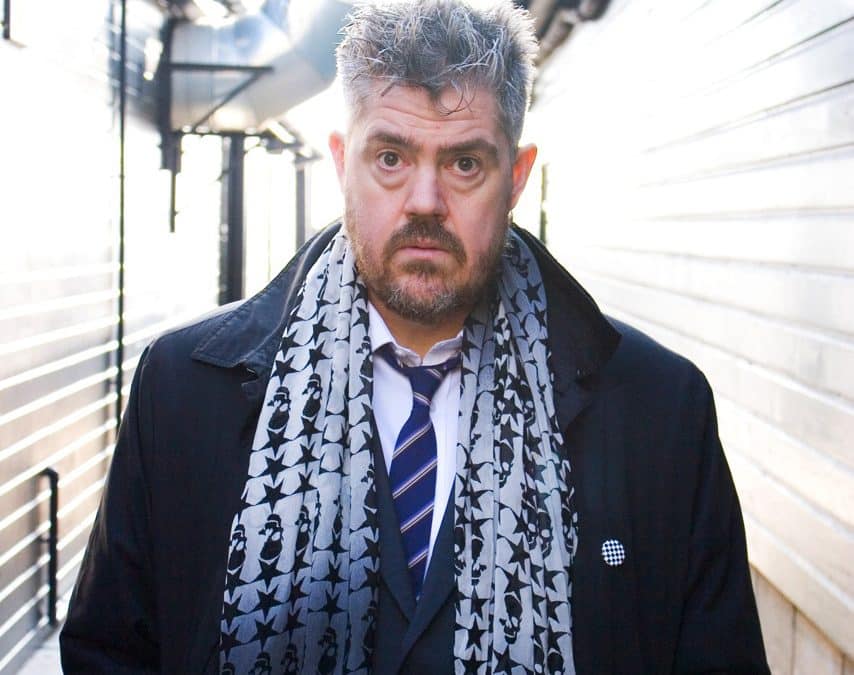 Sat on the stage drinking a cup of tea and playing records, with his back to the audience- it was like we were entering Phill Jupitus’ own lounge as we took our seats in the auditorium of Leeds Grand Theatre.

He played the first act as Porky the Poet reading his comical verse which was very amusing.

During the interval Mr Jupitus walked around the audience chatting, giving out biscuits and happily posing for selfies which was really nice to see.

He came on stage in the second act as himself and was even funnier!

Mr Jupitus told stories about his life and family, whilst interacting with the audience. It said in the programme the show was ‘an hour and a bit’ but it was actually 2 3/4 hours with an interval – so it was well worth the trip. Phill became a familiar face when he started as team captain on BBC2’s pop quiz Never Mind The Buzzcocks in 1996, which went on to run for 19 years. Aside from Never Mind the Buzzcocks and live stand up shows all over the UK, he also appears as a regular guest on QI (BBC2) and Alan Davies As yet Untitled (Dave), and in 2012 returned to television stand-up for the first time since 2000 with an appearance on Live at the Apollo (BBC1).

On BBC Radio 4 Phill is a regular panellist of the award winning I’m Sorry I Haven’t a Clue and The Unbelievable Truth and was resident curator on The Museum of Curiosity. In addition, he has presented numerous radio documentaries including, Phill Jupitus’ Comic Strips, Calvin and Hobbes and The Man Who Bought Hendrix’s Stage.