Sheffield Pride: We should be proud of our LGBT community & stand by their side 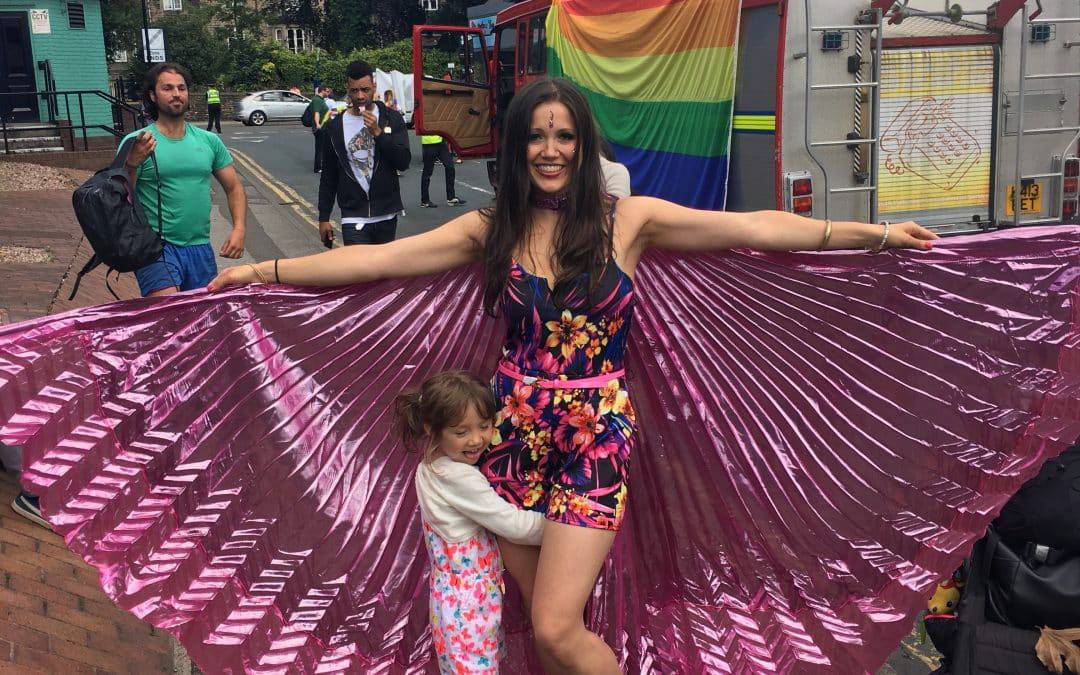 Seeing couples holding hands may not seem like a big deal, but when those couples are people in same-sex relationships then it is a huge deal.

My column for The Star, Sheffield

Last weekend, I boarded the bus with my two young daughters and I couldn’t help but smile as I noticed a Lesbian couple openly holding hands and several men and women with rainbow flags painted on to their cheeks and eyelids.

[wpvideo BoD3yOzV]
We were en-route to Sheffield’s Pride Parade (which celebrates and commemorates the Lesbian, Gay, Bisexual, Transgender & the non-binary community) and the atmosphere was electric.

This scenario was particularly poignant because it reminded me of my schooldays when I was sat on the bus, but unlike last weekend when the bus was filled with love, that time 15 years ago I was surrounded by hate.

Bullies circled me as I caught my bus home, chanting: “Your Dad’s a batty man you should be ashamed!”

Until that point I’d tried to keep my Dads sexuality a secret from my school mates, I’d lie saying his partner was the lodger.

I was proud of my dad and his now husband, but I tried to hide their sexuality because I was already being targeted by bullies for being mixed race and I couldn’t cope with giving the bigots anymore ammunition.

A former friend however, One whom I confided in, outted me and well, my dad.

In the end the police had to get involved as I began to not just experience homophobia at school but on my answer machine and via text message.

So that’s why it DOES matter that we live in a society where anyone who wants to, can express their love for one another without fear or prejudice.

Why are Gay peoples affection seen as “putting it in your face”?

Whereas seeing straight couples it’s just seen as “normal” and barely given a second thought (unless it’s excessively touchy in public! PDA’s are not really my thing but that’s just me).

Anyway back to Pride and the day was filled with colour, flamboyant entertainment, love but there were also times of reflection not only on how far we as a country we have come but how far we still have to go to become a completely safe and equal society.

There was nothing more stark than that, which reminded me of the latter, when a group of so-called evangelical Christians tried to stage a homophobic protest in the midst of an otherwise love-filled Pride.

Thankfully there were lots more religious people there on the day who were supporting Pride, and that group of extremists were just the minority. Nonetheless they managed to upset a lot of people.

It shocked me to see first-hand how far we’ve still got to go.

But I for one will no longer be silenced and neither will my daughters. We will celebrate, singing loud and proud.

As my daughters’ banner reads: “My Grand-Dads are Gay hooray!”

And if anyone ever continues to ask…

So why isn’t there a straight pride?

One in six lesbian, gay and bi people have experienced a homophobic or biphobic hate crime or incident over the last three years

A quarter (26 per cent) of lesbian, gay and bi people alter their behaviour to hide their sexual orientation to avoid being the victim of a hate crime

To watch the video of Pride by Evoke Media Group (me & my film-making friend/colleague), go to: