Should School Sports Days be competitive? 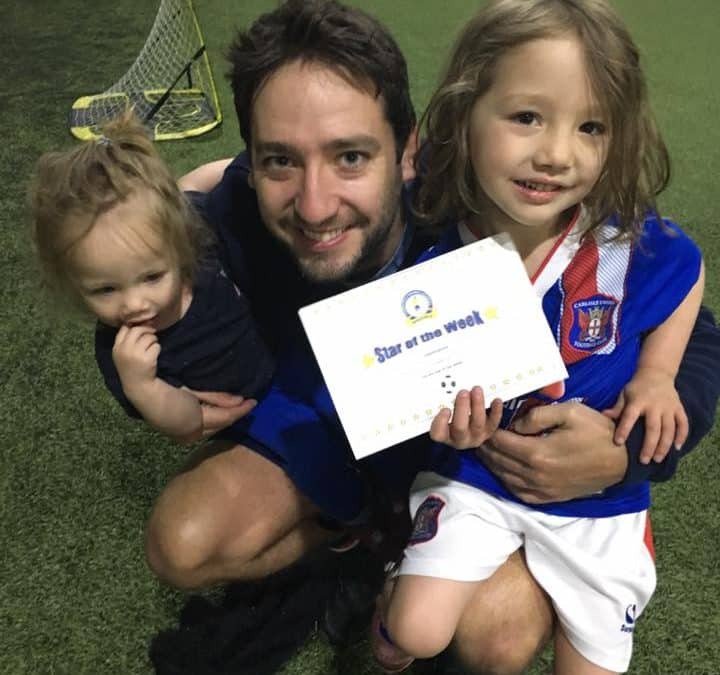 Do kids need competition to thrive? Or are we putting too much pressure on our youngsters?

My eldest daughter Jasmine recently had her first sports day so I had been giving her lots of pep talks about how we just can’t wait to watch her on her school field having fun and it’s not the winning that counts. However, I needn’t have done this as her sports day was done in teams so no-one was directly competing. And it got me thinking – what is actually best for kids?

I’ll be honest, sometimes what I say like “winning doesn’t matter” isn’t what my Dance Mom head is actually thinking. But I am very mindful that I don’t want my children to be under any pressure from us at home (in case their sensitive like I was!).

Someone like me, who crumbles under pressure, would have much preferred Jasmine’s sports day to my own. Mine was highly competitive, held at an athletics stadium and it made me poorly

But what is actually best for our kids? I am not sure myself so I asked fellow bloggers and vloggers to share their views… Laura Dove: “I think it should be competitive. I think it’s important that children grow up to know that we all have our individual strengths and they should all be recognised, even if that means we can’t win always win at everything.” www.fivelittledoves.com

Erica Price: “I think there should be a competitive element. Our school have a system where each class rotates through 7 events, so the kids are always doing something and the results are recorded towards a house competition. It’s more fun because the kids don’t get bored waiting for their event and there’s less pressure on those who find competing in front of an audience daunting. I think it has the right balance.” https://92three30.com/

Aby Moore: “Yes. I think they should all get a little something for taking part (depending on age) BUT life is a competition and sports are competitive, so I think it should be competitive.” https://www.youbabymemummy.com

Nadine Tee: “I think it’s okay to be competitive. At our school the children race against similarly paced children, they take part in different types of events (i.e. Running, throwing, jumping) and they also compete in teams for some events. This way the children usually place in at least one event.” https://thenibecamemum.com

Beth Law: “I like a traditional competitive sports day. It’s once a year and is always such an event and the kids all really look forward to it. All the kids cheer each other on and everyone is included.
Not everyone is good at sports but not everyone is academic.” Twinderelmo.co.uk

Rachel Cooper: “Healthy competition is good. Everyone got a sticker for joining in at my sons, but only the winners got prizes (not my son – he clearly inherited his athletic skills off his mother!).”  www.coffeecakekids.com

“Can you imagine, though, if there were an ‘Academics Day’ and children who struggle to read and write and do maths were forced to recite tables and do equations and read aloud in front of their peers and parents?”

Danielle Duggins: “That is tough. My son has autism. On the sports days he has completed so far, he has been very, very behind the other children. Not just last. Everyone having to wait for several minutes after each event for him to finish. At the moment he does not fully understand and was pleased as punch with his medal for taking part – but one day he will. Part of me feels that the competitive element could be a separate event for children who want to play competitive sports and the whole school yearly event could be more about inclusion and less about competition. I have seldom felt such a profound pride and profound sadness, watching him carry on and complete the race, ten minutes after the others have finished.

“It is a hard one.  Can you imagine, though, if there were an ‘Academics Day’ and children who struggle to read and write and do maths were forced to recite tables and do equations and read aloud in front of their peers and parents?”

“They get a sticker for taking part but only the ones who make no mistakes get a podium and a medal. Yes, there is competition in life. But seldom is it in the kind of format that Sports Day is.” https://someonesmum.co.uk

Beth Be: “Absolutely this! My son doesn’t have any specific special needs but is not at all sporty It’s cute when they’re little but as he gets older it gets more disheartening for him. It’s one thing being a good looser in a competition when you had a chance but it’s a whole different thing when you have absolutely no chance in the first place.

“We wouldn’t make children stand up in front of all of the parents and recite times tables unless we were confident they could do it so why is sports day any different.”

Katie Davis: “I think competition is good. They will face competition throughout life and they have to learn how to win and how to lose as no doubt they will do both. I think everyone should receive something for taking part but not everyone can win. Perhaps another time they will discover they are good at something else. Competition can nurture talent and ability.”  Www.mummyinatutu.co.uk

Laura Breslin: “I really think this depends on the ages group of those involved. I work in the area of education and agree competiton is healthy however it needs to be done in an age appropriate. For example competitive race amongst 4-year-olds doesn’t work I think however as they get older i can (personally) see how it works well as let’s face life contains many competitive elements. Pushing yourself to achieve your best is a good thing.”

Melanie Cossins: “I do think we need some competition as long as we can let children know its ok to lose or not be as good as someone else. It is a tricky one as some children need a lot of support and confidence building.”

Nicole Renzi Roder: “I think it depends on the ages of the kids, and on the sport. I do think they should be competitive, and I’m not in favor of coddling children, especially older children, and not letting them know that they lost. But I also dislike it when parents complain that not every child on the team should get a trophy when some of the children didn’t play well. If your child’s team wins, then your child wins. Period. That’s how it works in professional sports too. If your team wins the super bowl, you get a super bowl ring. It doesn’t matter if you only played for 1 second of the game and got injured, you’re still on the winning team.” nicoleroder.com

Jen Mellor: “At my son’s previous special school (his new one had to cancel due to weather so not sure of this one!) Everyone was a winner for taking part and got a medal because the kids struggle to understand but the winning team got a big cheer too it worked perfectly.”
Www.justaveragejen.com

Holly Hancocks: “I went to a FAB sport’s day last week. Every child had a go at every race (sprint, dress up race, skipping race and relay) and the children were split into four teams. Children who came 1st, 2nd and 3rd in each race were given a sticker to honour their achievement but emphasis was more on how the teams were doing rather than individuals. They also did races that encouraged team work and/or patience rather than speed – including a ‘race’ where children had to carry a cup of water through an obstacle course with each team winning points for how much water was in the bucket at the end!”

Helen Miller: “Personally I think competition is a good thing. Sports day should be competitive but only for the kids who want to take part. Just as it’s the child’s choice if they want to enter a story writing competition or audition for the school play.”
Http://www.talkingmums.com

Carrie Bradley: “I agree yes it there should be a competitive element. I once worked at a school where academic success was rewarded but sports day ‘everyone was a winner’. For the children who struggle academically but have a talent in sports, whether it’s balancing an egg on a spoon, sprinting etc, they missed the chance to show their particular talent. If we praise wonderful art work, talented mathematicians, a poem etc, why should someone who shines at sports miss out? Also, in real life competition exists in every walk of life and most people are better at something than someone else. I feel it is much better to prepare kids for this challenging concept earlier rather than shocking them later.”  www.flyingwithababy.com