Eating Disorders at Christmas: A letter to the bully inside me

I LOVE Christmas but like many I want everything to be perfect, so the fact I look forward to this time of year, also means I find it very difficult – especially when it comes to eating and drinking.

Here I have written a very personal letter to my eating disorder. 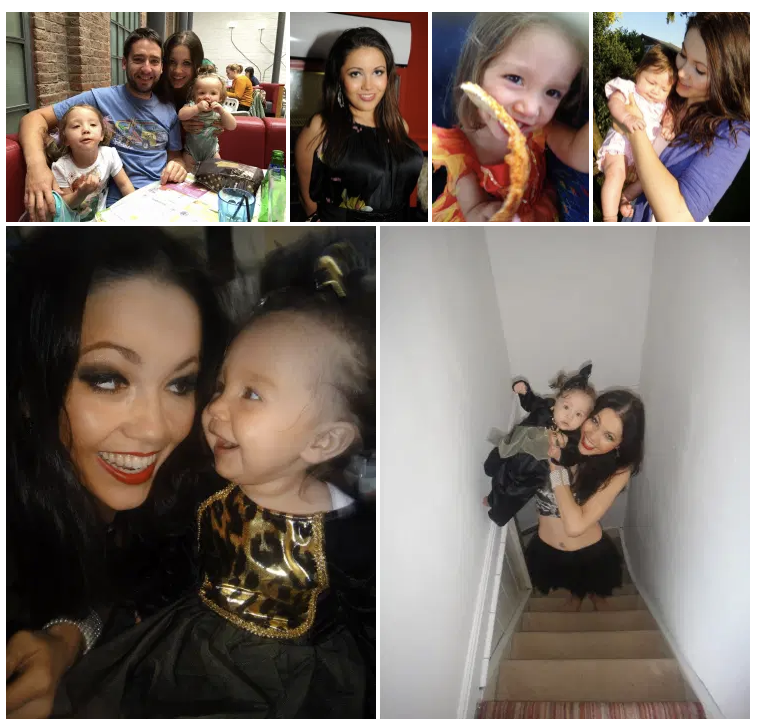 I thought I’d write to you as it’s nearly Christmas, you’re favourite time of year.

As a child it was my favourite time of the year too.

It was the one time of year parts of my different families came together.

It was the one time of year my chaotic life had a little routine – stocking opening with my big sister, croissants for breakfast, presents and a huge dinner followed by chocolate after chocolate then left-overs whilst watching Christmas TV.

That was until you snatched that and pretty much everything else away from me.

You came into my life aged 11 when I was eating my favourite meal of Yorkshire Puddings, Linda Mc Cartney sausages and gravy.

Whilst my friends were fighting over Polly Pockets I was running to the toilet to cough, choke and bring up any ‘bad’ food I had eaten (I copied the bulimic slim woman off Fat Friends, an ITV show at the time).

But it wasn’t just about the food was it? You weren’t just concerned about my weight were you? You stole my mind too.

You creeped up on me over the years slowly sapping every part of me.

When I became 18 years old, the age to go out, be independent and start life as an adult, but instead I became insular and obsessed.

No-one dared buy me chocolate or sweets that Christmas because you told my family to avoid the subject of food, you told them that it would make me sick.

So instead I smuggled chocolate into my room lying in bed with the cover on top of me. I started scratching my ugly body then you told me to eat chocolate.

Feel the instant kick of the sugar and the claggy sickly feeling it gave me because as you know, I find it easier to throw up.

The following Christmas I can barely remember because you made me feel so lonely. I had all my family around me but I could not hear them, I could not even feel affection for them because I was so lost. You consumed my every thought and you numbed my every feeling.

You had locked me in a glass cage, knowing I was not strong enough to get out. That Christmas passed then the next, each year you would make me weigh more. So my family thought I was OK again as I was no longer as frail.

I may have been bigger in size but I was weaker than ever with you messing around with all my bodily functions, my mind, my face, my life.

I was so close to death the eating disorder unit told me I was the “worst bulimic” they’d ever seen.

I was admitted to hospital, but even there you told me I didn’t fit in, I wasn’t worthy of treatment so I discharged myself.

But then when Christmas 2011 came around my family and I all celebrated because my belly was bulging.

It was not due to the binging, purging or restricting of food, as I would only ever bulge due to being bloated by eating solid food.

In fact this time my body had fulfilled one of its main purposes – I was pregnant.

There was something about being pregnant, when you don’t think you can conceive, that hugely shifted my mind-set.

My body was no longer just an object to sculpt, it had an amazing purpose, a function much greater than you Ana.

Those 9 months flew by and I started to enjoy and crave food that hadn’t touched my lips for many years. It was like the new life inside me had killed you Ana. I was scared without you but I had another heartbeat to focus on.

By the next Christmas I was a proud mum-of-one but sadly you had decided to appear in my life again.

I was so ecstatic to have a baby, a beautiful creature that I had helped to make. My horrid body had actually produced something beautiful beyond words.

I enjoyed my daughter’s first Christmas although you kept creeping up on me.

As the next year flew by you continued to poison me. I was so happy to be a mum, it gave me something to live for and yet my fears around food increased.

It became us against them. They would say “why can’t you eat normally, you should be grateful, you’re a mum now.”

I would stay silent but you would continue festering inside me, telling me, reassuring me that things would get better if I avoided this and that food.

By the next Christmas I was pregnant again but this time you stayed. As I grew bigger I feared my own cravings, I continued exercising until my baby nearly dropped out of me. I had bad morning sickness every day and loathed myself for craving stodge.

When I gave birth to my second baby my body did not just spring back to how it had been before.

Literally as soon as my second daughter was out the womb the restrictions began again.

I was starving after giving birth, but it was too stressful deciding what I was allowed to eat. I was so pleased to have another beautiful baby, but you told me I didn’t deserve her, you told me I was too fat to be seen out in public.

So instead I sipped a cup of overly brewed black tea whilst my new-born slept beside me. My heart was with my baby but my head was with you. You couldn’t even leave me for a day to dwell in maternal bliss.

Eventually you slipped away until my new-born was hospitalised in the Paediatric Intensive Care Unit as she had flu, pneumonia and septicaemia. You were there with me, giving me some comfort as I was stricken with grief. You gave me a tiny bit of a feeling of control in the most uncontrollable of situations.

Now it is Christmas again and I am so fortunate to have my two girls back with me and my fiancé, their dad by my side.

I also have you still here which I don’t understand. I often shut you away and make an effort to enjoy myself without you watching over me. But on my down and dark days you offer me comfort.

One day I hope you leave me as I know that’s best, best for my daughters so they don’t pick up on the control you have over me.

But at the same time I’m scared for you to leave me because then what will I do when my mind is out of control? How will I express how I feel other than to listen to you?

You particularly love this time of year, you thrive on my weaknesses, you laugh at my struggles with tempting food and drink, and we have endless conversations about gluttony and greed.

But for now I am strong, and I am going to stick to fingers up at you this Christmas – and finally I WILL allow myself to drink, eat and be merry without you.

This year my mind and body will be back with my family because I need them, not you.

Wishing you all a very Merry Christmas – know that you’re not alone if this is a difficult time of year for you.