You know when someone’s out for a fight.

They’re hunched over with their muscles tensed, looking up beyond their furrowed brow, ready to pounce at fellow drunkards, if someone so much glances at them in what they perceive the “wrong” way.
And that’s just one of the reasons I don’t like alcohol. I hate how it changes people or at best they lose their inhibitions.
My point-of-view is not from a “I’m so saintly, I’ve never touched a drop of ethanol poison” way.

It is from someone who spent her teens and early twenties drinking herself into oblivion.

I was the party girl who downed fish bowls whilst dancing bare foot on top of some wobbly pub table.
I was the one vomiting in the taxi home, that’s if I was lucky enough to make it home.

I was never violent but I blacked out on many an occasion and really regretted things I said when I was so drunk.
And then it hit me.
I don’t have to drink alcohol. I can choose to abstain.

Fortunately at that time it was still in my control (just) whether or not I indulged in alcohol.
It was something I had to do to protect my own mental health as well as those around me.

(I tried this once before and was featured in a newspaper: how I went from a binge-drinking bulging student to a slim elegant-ish dancer and presenter.)

And this time I meant it. It wasn’t just about a health-kick.

It was about changing my life so I could function as best as possible. 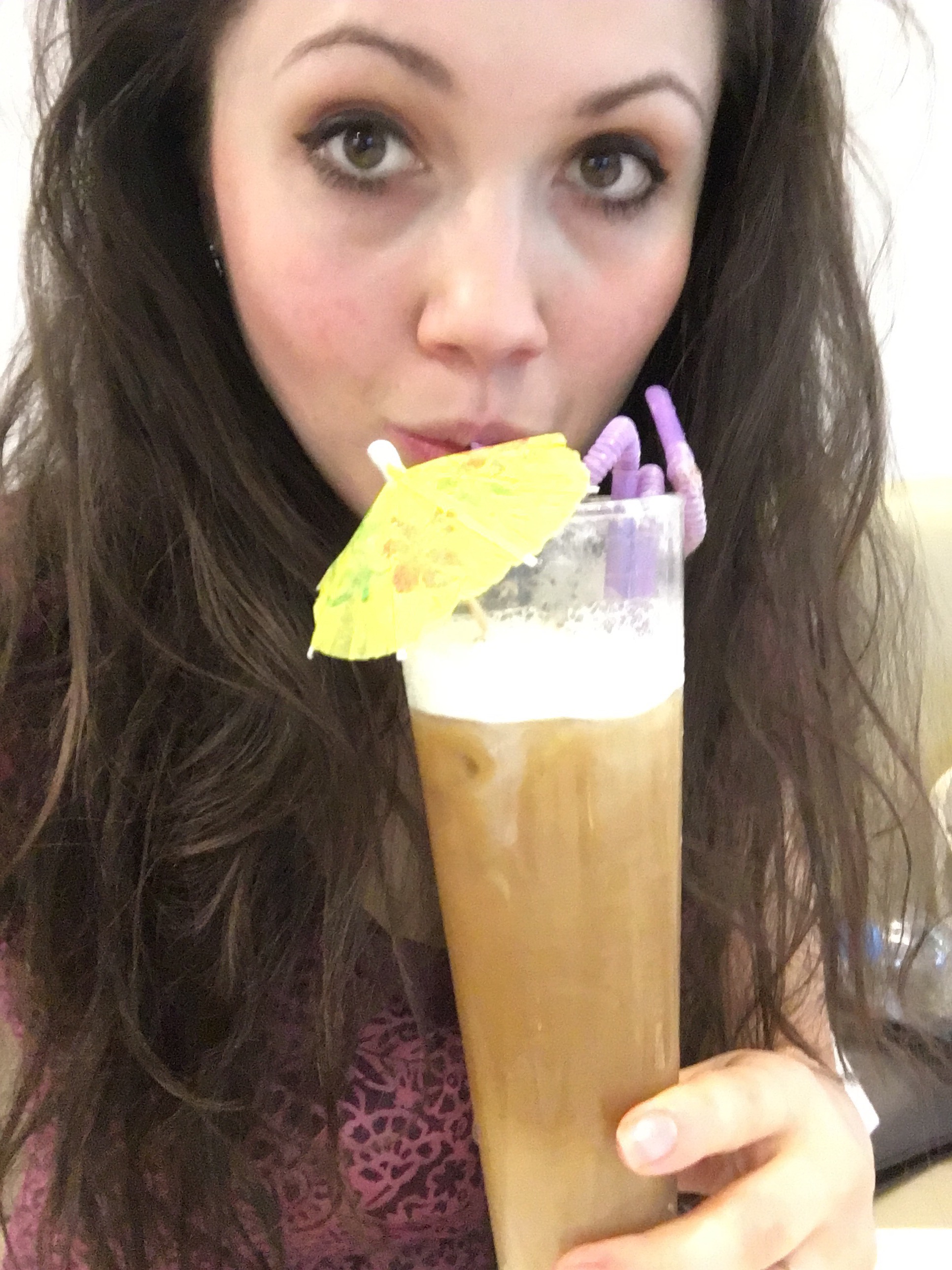 I’m an all or nothing person, so alcohol had to go completely.

The hardest thing about giving up alcohol was the social pressures as I’m a people pleaser and a party maker rather than pooper.

By giving up alcohol I got/get the following responses:

– “Ooh well I can’t go out without a tipple. No chance.”
And the most often thing people say to me is…
“Don’t be so boring.”

So you call me boring because I don’t drink alcohol?

– I can go out and dance, giggle and chat without needing an alcoholic drink. But you call me boring?

– I spend remarkably less now I don’t drink alcohol too.

– I can celebrate an event without drinking myself into oblivion. And I can remember most of the event. But that makes me boring:

– I get paid to go out and dance (perform) on an evening, but I’m just boring as I do this without alcohol.

– I don’t have hang-over days where I just laze around and slob out. Well sometimes but at least I don’t have a pounding head and dodgy tum. I can fully enjoy my flannel PJs and daytime TV (OK, that makes me a bit boring).

– When I’m using public transport at a weekend I don’t hold you up due to me being lairy or causing friction with other passengers. But this makes me boring.

– I don’t boast about getting “Wasted” or “annihilated”… but this makes me boring.

– I don’t have a drink to steady my nerves, I try to exercise instead.

Binge drinking seems like the social norm in the UK but in other parts of Europe it is not.

I used to live in Italy and you wouldn’t see anyone “going out on the lash.”

Instead, people would go out for a couple of drinks “apperatives” with most bars serving free hot food.

Even if you went to a nightclub, you’d pay a high ticket price and get a free drink included and that would be it for the night.
I don’t mind if people drink or get drunk and often I find it funny. But I don’t see why I’m boring just because I choose not to drink.

What I really don’t like however is being threatened, shouted at or fallen on when I’m out and about with my daughters.

And that really does enforce my personal “no drinking” rule when I see other people like this “out of it” and the inability to control themselves or respect others.

It has also been amazing for my health and fitness which means a lot more to me than a drop of poison.

Fancy joining me this New Year?