How to achieve life-long health in mind, body and soul with meditation!

“I’ll never do still meditation, it’s not me, I am speedy Sophie aka The Sparkle Coach!).

A high Energy holistic fitness lover – yet I have been transformed more by meditation than any hardcore physical workout.

“A beginner’s mind is an open mind,” whilst fitness may seem daunting to many, much like meditation was to someone who is as physically active as me… there is much power that be can found not just in younger ‘fresh minds’ but being a beginner without the same shackles, other than life’s clutter of course, to start something new, not to mention achieve peak levels of motivation through rest and stillness… amen to that you say.

I have not only been a reluctant meditator but after physical health issues meaning I had no choice but to mentally train, it has given me space to create a new journey as a fully qualified Yoga teacher with HFE, Face Yoga with Danielle Collins Face Yoga teacher and online Personal Training development with Origym – as it’s about achieving deep health for me but also to make sure that I workout my mind too. So why Yoga and still meditation in a world of newly branded fitness fads? Why go slow? When you can go hard and fast to achieve quick results? 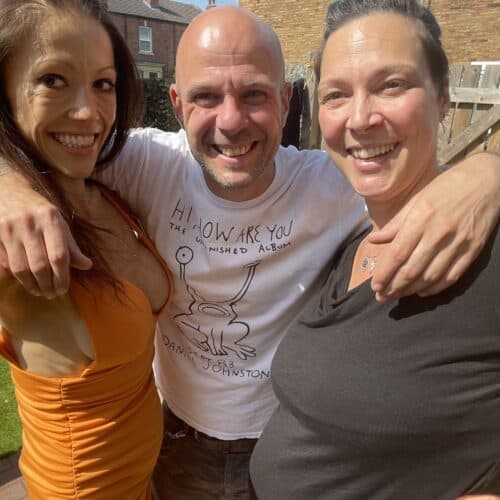 Yoga means ‘unity’ of mind, body and spirit and derives from the Sanskrit word ‘Yuj’. Many people in the west see it purely as movements (which increase strength and flexibility) or postures (asana) but they neglect the breathing (pranayama) and the core principle which is the meditative side of Yoga. Such absorption (samadhi) of the mind is pure consciousness that gives you liberation of the world around you by getting to your own nature. This isn’t just for monks who awake at 3.40am for a 4am meditation – but training our minds is the hardest discipline so once we have got this down – physical workouts and life goals are a breeze.

That said Yoga is about is about connecting the mind, body and soul as one, so meditation is a the heart  of Yogawhich main aim is self-realization, to overcome all kinds of sufferings leading to ‘the state of liberation’ (Moksha) or ‘freedom’ (Kaivalya).

It’s certainly not a ‘fitness fad’ as it’s believed to be more than 5,000 years old with its roots stemming from India when the Vedas, four ancient scriptures (Rigveda, Yajurveda, Samaveda and Atharvaveda) were created. The Vedas or ‘hymns’ themselves evolved into the holy writings of Brahmanism (the central concept of these texts and yoga is the ultimate reality of the universe). These were systemised 2,000 years ago by Indian Sage and Author of Sanskrit texts called Patanjali who systemised these hymns from the ‘Vedic’ period and the pre-classical era and he labelled all of his writings Yoga Sutras which helped others understand the key concepts of Yoga which became 8 main limbs.

Pantanjali set out the following as a means for living a life of purpose and meaning:

Yama – ethical rules relating to conduct towards others or social discipline

Niyama – correct conduct towards oneself, a means of aiding personal growth

Pranayama – controlling of the breath

Dharana – concentration, the process of drawing the senses inward

Samadhi – the union of mediation and the subject of meditation, often closely linked with obtaining enlightenment

These were then introduced to the West in the post-classical era (19th century) with  rise of modern Yoga which was primarily Hatha Yoga which actually embodies all styles of Yoga which is what I am studying to be able to fully help people on their wellbeing journey where everything is aligned.

The main issue I have noticed whilst developing my fitness and yoga career after completing my mental health qualifications, is that we tend to see fitness as purely physical with a focus on body transformations as the most ‘appealing’ factor. This leads to a lot of us never taking time out from our cluttered busy world (including me) refuting meditation as a ‘waste of time,’ but i now have noticed that once we acquire the hardest skills to be still in meditation enables a more prosperous, sustainable and truly transformed life of optimal physical, mental and emotional health. I am still on my journey to achieving ultimate health but I am an absolute Yogi convert and I can’t wait to share the power of meditation, movement and face yoga at night.

Did you know?
Yoga was systematised by the Yoga Sutras which is based on 8 main “limbs” of Yoga philosophy which are the self-actualisation of Yoga: Yamas (abstinences), Niyama (observances), Asana ( postures), Pranayama (breathing), Pratyahara (withdrawal), Dharanw (concentration), Dhyana (meditation) and Samadhi  (absorption).

Life hack
Create a special place to meditate because a good vibration doesn’t come from a cluttered space. It’s not  just what to wear but where.

Quote of the Day
“The non meditative mind is full of clutter and the water is swirling, dirty and dangerous – but the Yogic mind is so clear and peaceful you can see through it.”