There's one born every minute – but can giving birth be enjoyable? 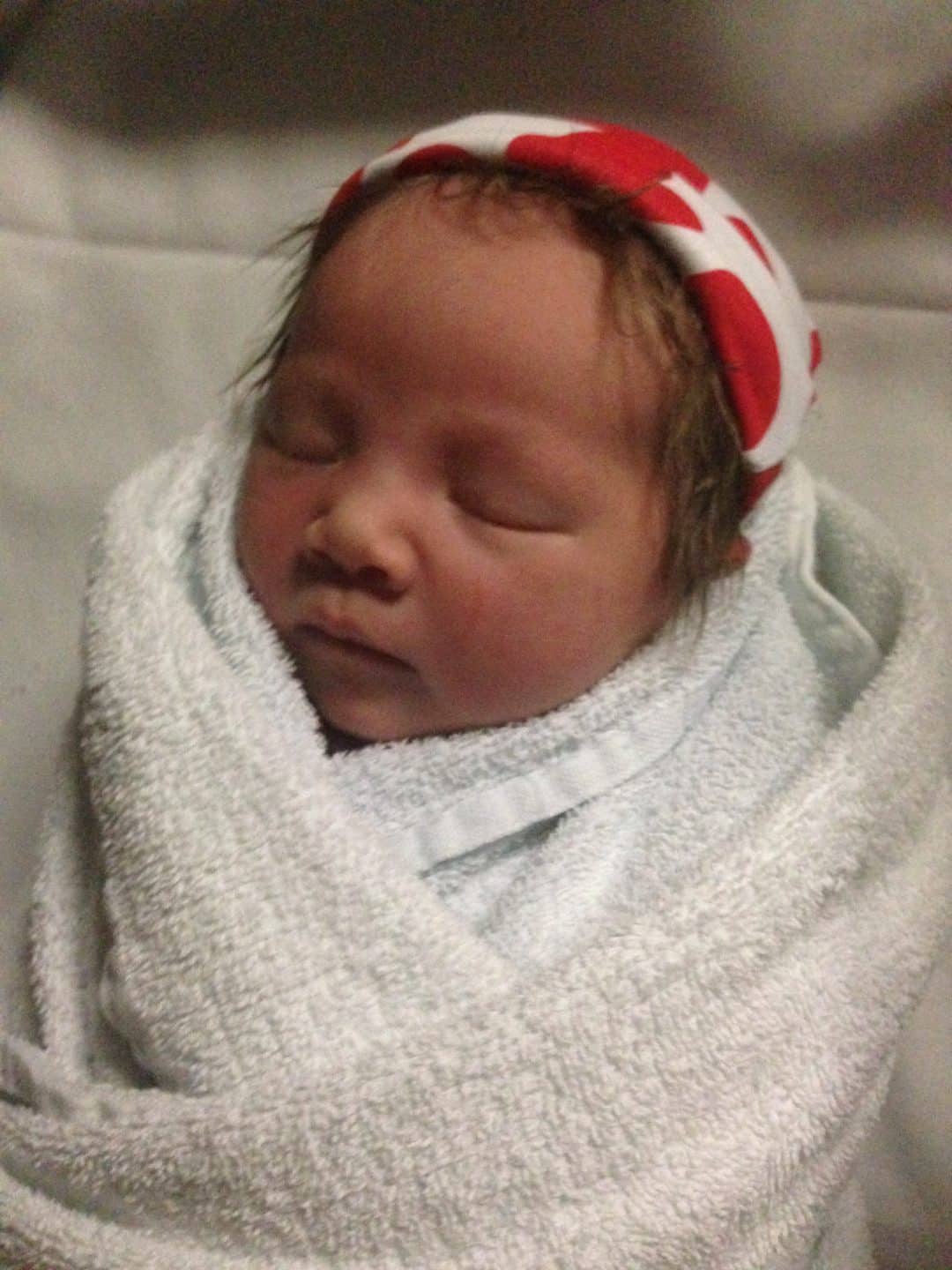 I have heard people saying that they “enjoyed” giving birth, but I had always struggled to believe them.
I’ve watched episode after episode of One Born Every Minute and not one family looked like they had an enjoyable experience, beautiful maybe, but not enjoyable.
I even gave birth to my first child Jasmine, who was induced, and that was far from a pleasant experience.
All this changed however when I gave birth to my second child Arianna.
It wasn’t pain-free but dare I say it, it was an enjoyable birth.

An “enjoyable” birth
My contractions started on a Saturday night and so I started bellydancing! It’s one of my biggest hobbies and really helped ease the discomfort and distract me.
As I grew tired, I decided to bounce on my Swiss Ball and watch my fave TV Show ITV’s Take Me Out. It was a great bit of escapism.

It was midnight by then, so I started texting my sister in New York as I knew she’d be awake and a good source of comfort and distraction.
A few hours passed until we decided it was time to go to Pinderfields hospital, Wakefield. So my in-laws picked up my eldest daughter Jasmine and off we went (with two suitcases full!).

As lovely as the nurses were when we got there, they checked me over and said I wasn’t in labour! Whaaaat?! All this pain was just twinges?!
So back home we went. After very little sleep we (my partner and I) decided to have a Sunday movie day, our last one, without kids in the house.
As much as I felt sudden eruptions of pain, it was a lovely chilled happy day. And we decided to end the day by buying Fish & Chips and watching the film Knocked Up. How very apt.

But as the film went on and the main female character in the film started contracting. So did I.
I jumped straight onto my Contraction App on my phone, pressing it everytime I thought I had a contraction.
But an hour later as my contractions were coming quicker, I glanced down at my app and all it said was free trial expired. I hadn’t realised the app I downloaded would only count a certain number of contractions then delete them so you had to buy the upgraded version.
So back to hospital we went, hoping that this time the baby was coming.
But as they monitored me my contractions weren’t showing up on the machine again.
Fortunately this time, however, one of the nurses gave me an internal before sending me back home, and then she realised I was 6cm dilated. So straight to the hospital birthing pool we went.
I carefully changed into my new bikini I’d bought for the occasion.

And as I stood watching the pool fill with water I noticed gunge in the water.
“Oh it looks like the stuff out of the pipes”, said the midwife.
And she went to check and, as I had thought would happen, my dream of a water birth was scuppered.
But luckily the labour ward was quiet so they found me a room straight away.

Everything happened very quickly and I was given gas and air.
I felt like I was drunk and giggly. Although the odd bit of excruciating pain reminded me that I was not on a night out and indeed, I was still on a hospital bed.

All I could hear was my iPhone which I had switched on to play birthing music but for some reason it got stuck on repeat on the Frozen track ‘Let it go… ‘.
And before I knew it, the lovely midwives were asking me to push.
Within seconds, I saw our new born baby. I just wailed in shock as it was so fast.
One minute I’d been joking and giggling with the midwives the next, my baby had arrived.
But then came the placenta… BIG Ouch!!
We were then left alone to have some skin on skin time with baby Arianna Mei Rosa Hale.

And I managed a glorious bath. There’s nothing like a good hot bath after giving birth.
I couldn’t believe that this birth had just been so wonderful.
Yes it hadn’t all gone to plan but I felt respected and looked after on the wards.
I guess the only bit that wasn’t how I would have liked was on the maternity ward once you’ve given birth, the staff were lovely, but you felt rushed out and I don’t know about anyone else but after giving birth I think you deserve a bit of a rest!

I think what really helped to make the whole experience extremely positive was preparing myself for it by going to a birth choices meeting which was run by an amazing Doula (somebody who helps mums in pregnancy, during birth and after birth) Emma Stromberg Ashworth.
At the meeting mums and mums-to-be discuss their birthing choices as well as their rights an options, something you don’t get time to look at as thoroughly in your midwife appointments.
It sounds cringey but the meeting really made me feel empowered that I could have my baby however and wherever I felt best. And that just because my first child was a traumatic birthing experience, it didn’t mean that this one would be too.

You lose a lot of ownership of your own body in medical situations but we all have a right to and, we all should reclaim our beautiful bodies.
I am so thankful to the midwives, my partner (and his bad jokes) and my supporters at the birth choices meeting. Thanks to you, I had an enjoyable birth.